Enter now to win one of three copies of Black Widows by Cate Quinn! 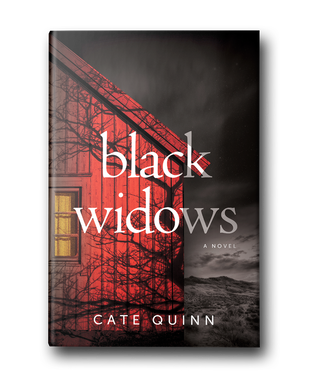 Blake’s dead. His wife killed him. The question is....which one?

Blake Nelson built a homestead on a hidden stretch of land--a raw paradise in the wilds of Utah--where he lived with his three wives:
​
Rachel, the first wife, obedient and doting to a fault.
Tina, the other wife, who's everything Rachel isn't.
And Emily, the youngest wife, who had a lot to learn.

The only thing they had in common was Blake.  Until all three are accused of his murder.

When Blake is found dead under the desert sun, the questions come fast and furious.

For fans of The Silent Patient and The Wife Between Us comes a unique and riveting story that asks not “did his wife murder him” but “which one?”
​
​U.S. only. Terms & Conditions: ​https://bit.ly/31NWnTU